15 Pieces of Advice for Prom 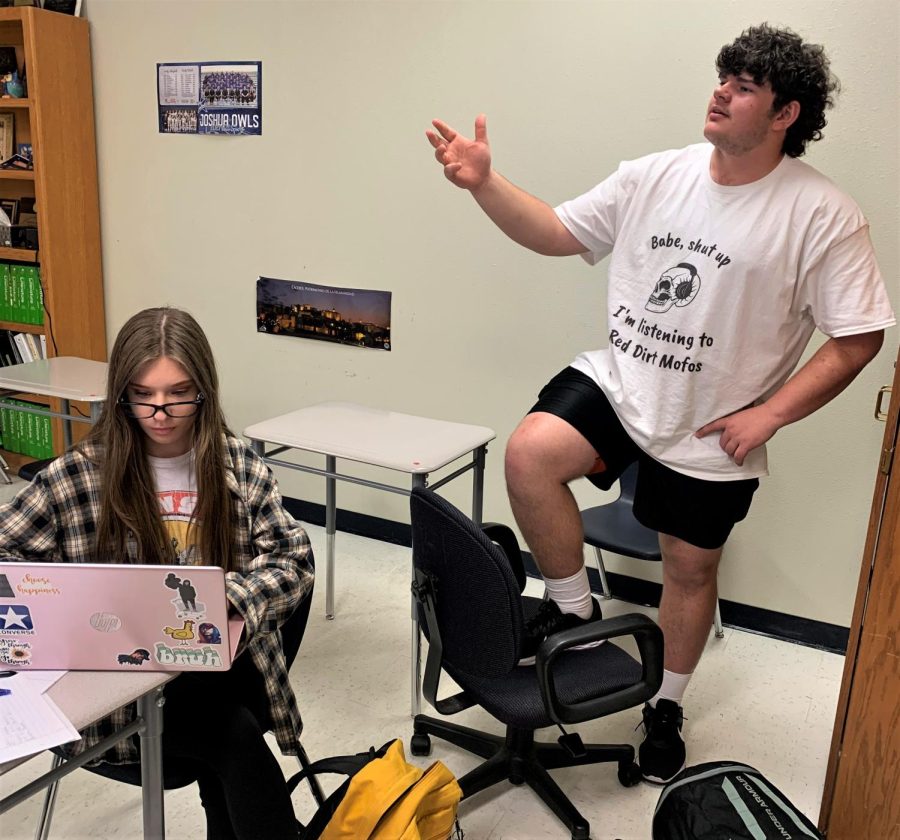 Prom is supposed to be one of the most memorable moments of your high school career; It’s a night of getting all dressed up, dancing and partying with friends, and taking pictures and videos for Snapchat Memories. With prom less than a week away, the Owl Flight Staff asked our favorite class aide AND journalism mascot, senior Bradley Gregory, aka Bear, for 15 solid pieces of advice for those going to prom.

1. Don’t go as an under classman

Unless you’re going with a lot of upperclassmen or know a lot of them, don’t go to prom as a freshman or sophomore. Chances are, you’re not going to have fun because you won’t know a lot of people and you’ll just end up being bored or staying with only one person the whole time.

Always bring an extra pair of comfy shoes like Vans or Converse. Heels aren’t going to be comfortable the whole time, and dancing or showing up barefoot is the worst possible idea because at some point, someone is going to step on your foot.

Do not go to prom if you’re not going to dance; It’s a vibe killer for everyone. If you’re just standing there while other people are dancing, you’re going to make it awkward. In other words, don’t be a wallflower.

Do not show up to prom if you smell bad, and don’t use Ax Spray.

Always plan your prom date at least a few weeks in advance. If you ask them the week of or before prom, chances are they won’t be able to go because they’re going with someone else. Also, don’t ask somebody you don’t know well or don’t want to hang out with, this will only make it uncomfortable for everyone involved.

Do not, I repeat, do not test your self-tanner the week before prom; Test it when you buy your dress. If you test it the week of, the shade could be too dark with your dress and you look like a baboon.

7. Don’t get acrylics so long you can’t wipe your booty.

This just goes without saying, seriously.

People are going to be drinking the night of prom, it just goes without saying, but drink safely and responsibly. Always have a designated driver, tell a responsible adult if you’re going to be drinking or getting involved in other mischievous activities; don’t drink in large groups or with people you don’t know well, protect and pour your own cup.

9. Don’t do anything different with your hair

Don’t get a crazy hair cut or color your hair crazy before prom. You’re not going to like it and you’ll regret it.

They’ll look sweaty and nasty, and you’re not going to like them later on.

Bear will metaphorically fight you on this one. Prom is formal, wear a tux.

Do not show up OR get naked at prom, this is just common sense.

Chances are, everybody else has seen that trend too and is going to follow along as well.

It’s better to plan locations because there’s a set place, whereas if you don’t plan activities, things may not go as planned and your whole night will just fall apart.

Prom is a night to have fun, and if you’re just standing there in a bad mood, you’re not going to have a good time and neither are the people around you. Feed off the energy of other people, unless it’s negative energy, and just have a great time!

Prom is supposed to be memorable and fun, and with this advice in mind, this year’s prom is going to be just that. Remember to party responsibly, plan accordingly, have fun, and don’t show up in jeans and boots!