Put it in Your Mouth 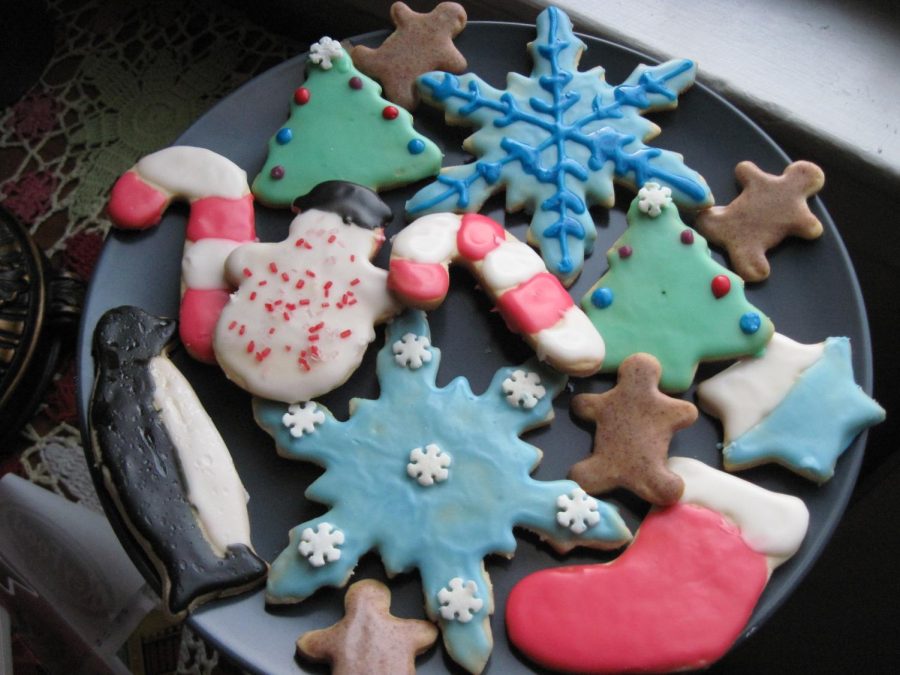 The holidays are around the corner, and people can already taste hot cocoa with marshmallows flowing over the top of the mug, minty striped candy canes, and Christmas cookies, fresh out of the oven. Whether they’re shaped like a snowman or a Christmas tree and decorated with sprinkles of red and green, or made out of gingerbread and gumdrop buttons, almost no one would turn one down. The sugary sweet Christmas cookie has been a household tradition which goes back many generations.

It all started eons ago with Winter Solstice festivals held across the world with people would gathering to celebrate the changing of the seasons. These celebrations, of course, revolved around food, one of the most important courses being desert.

By the Middle Ages, the winter solstice festival was overtaken by the Christmas holiday throughout most of Europe. However, many of the feast traditions remained.

In these times, spices that were often utilized to bake Christmas cookies, such as nutmeg, cinnamon, and black pepper were considered expensive delicacies along with sugar and butter. Therefore, the average family could only afford these tasty treats to celebrate one day out of the year. This led to a maddened frenzy of baking during the holiday season.

And, while in fact, gingerbread cookies did exist, gingerbread men had never been made until Queen Elizabeth I of England had the cookie molded into the shapes of her favorite courtiers. Much later in the 1930s, the tradition of leaving cookies out for Santa began in American households as the Great Depression hit and parents were instilling the spirit of thankfulness in their children.

Baking these yummy treats has been a universal way to spread generosity and holiday cheer throughout the times. Almost everyone has a favorite type of Christmas cookie (and people who don’t need psychiatric help).

Junior Emily Stewart said her favorites are “ones that are baked by [her].” Stewart and her oven have many plans together in the month of December. “I’m making gingerbread cookies, snickerdoodle cookies, and I’m going to try to make eggnog cookies,” she said.

Snickerdoodle cookies happen to be (my personal favorite) very popular in the crowd.

“I don’t care what flavor they are, as long as they’re crunchy,” junior Trent Strickland said. “But if they’re snickerdoodles it doesn’t matter.”

“They are simplistic but appeal to almost everyone,” junior Sydney Hauge said. “They have a chewy inside and crisp outside that makes you crave them.”

These holiday desserts are so beloved, in fact, that country singer George Strait wrote an entire song dedicated to his love for Christmas cookies. He didn’t sing, “I sure do like those Christmas cookies, Sugar,” for nothing. It seems the best holiday gift might not be something put under the tree, but something to put in your mouth.